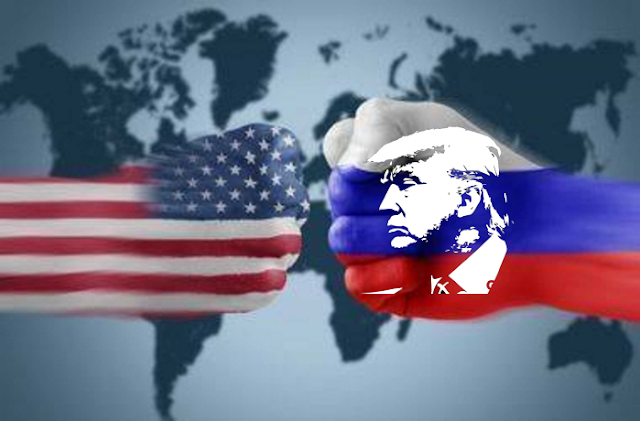 While the card carrying Sanders Left is often a stooge for the Russian Energy and Defense industries (Polar Bear Scam and the Depleted Uranium Mirage), 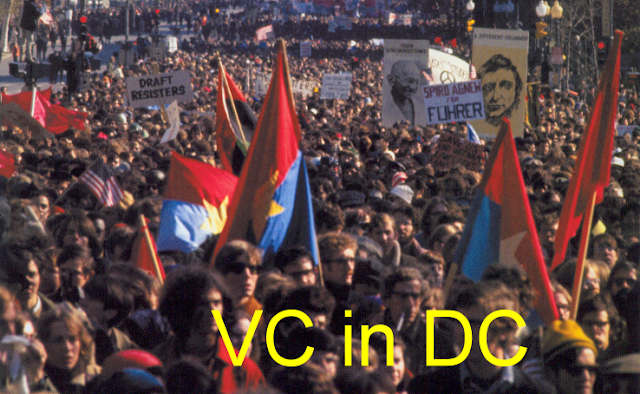 I find it damnable that Donaldian supporters of "National Defense" now, are conducting an assault on NATO and are in support of traditional Kremlin Imperial Russian geographic ambitions. These ambitions, once blocked by NATO at the East German to Italian to Turkish borders, now blocked from Estonia to Romania, are to be given license to finish the job of the conquest of Europe. 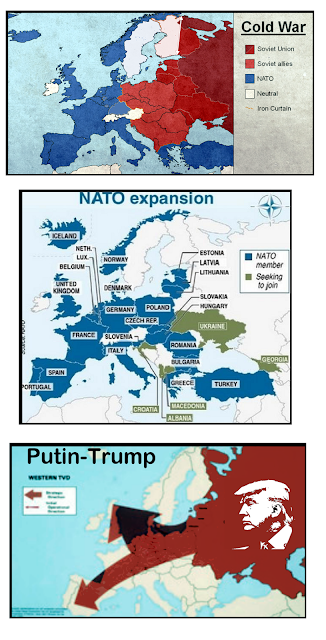 Quotes from the Trompista Front......

“Gordon Fowkes well now was Russia supposed to hand over warm water Port entry to Soros and gang? If Soros wasn't funding opposition in Ukraine and responsible for how many deaths? At the time Ukraine signed deal with Russia and all was good. Compared to serial killer Hillary, trump is a saint in that sense”

“Gordon Fowkes Interesting you only mention Ukrainians and yet attack Putin about Crimea, how many Russians died during revolution and including my family members and Stalin's repressions and let’s go one step above Ukrainians helped Hitler during world war 2 and when realized they are losing joined Russia again but this is not the geopolitical/ historical thread”

The statements I read of how Crimea is traditionally Russian should remember that it was traditionally Greek or Turk for thousands of years until the Charge of the Light Brigade. 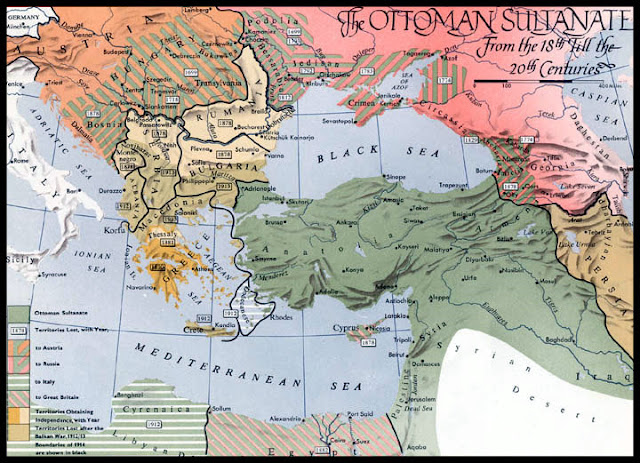 The Fulda Gap and the Fish Hook 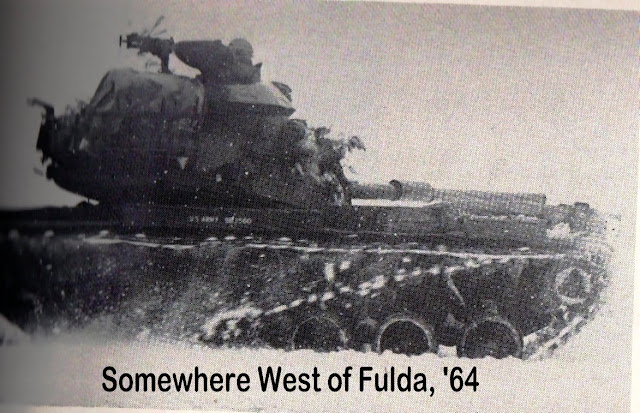 As one who froze his ass guarding the Fulda Gap 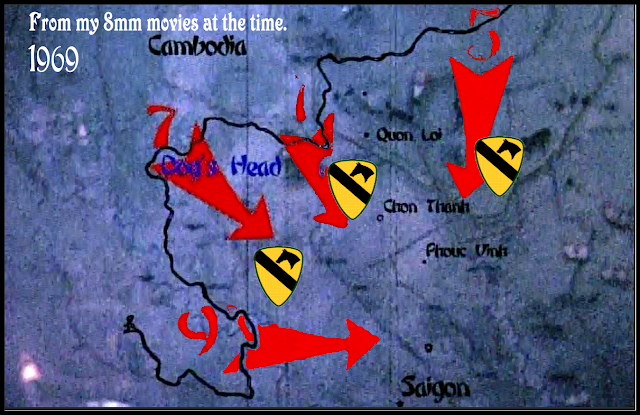 and have it shot at by Russian made rockets, mortars, machine gun fire, and detonations of the 24" directional mine in sunny South Vietnam, and served for over thirty years, and unaccustomed as I am to the written word, I cannot find the proper sense of outrage, anger, and betrayal to describe the most treasonous proposals since before Benedict Arnold.

Arnold only wanted to give up the West Point fortifications, the Donaldians apparently want the Atlantic Coast our eastern frontier and give up Alaska on the West.

The Russians, it appears, now have us in  a pincer movement from Right and Left. A Cannae on a global scale.  The end result if carried to logical end recreates as it was in the Fall of 1940 to Operation Barbarossa and Pearl Harbor.

Advocating Violent Overthrow - The Smith Act and the Trump

Whoever, with intent to cause the overthrow or destruction of any such government, prints, publishes, edits, issues, circulates, sells, distributes, or publicly displays any written or printed matter advocating, advising, or teaching the duty, necessity, desirability, or propriety of overthrowing or destroying any government in the United States by force or violence, or attempts to do so; or

Shall be fined under this title or imprisoned not more than twenty years, or both, and shall be ineligible for employment by the United States or any department or agency thereof, for the five years next following his conviction.

If two or more persons conspire to commit any offense named in this section, each shall be fined under this title or imprisoned not more than twenty years, or both, and shall be ineligible for employment by the United States or any department or agency thereof, for the five years next following his conviction.

The Imminent Lawless or Clear and Present Danger decision

"Imminent lawless action" is a standard currently used that was established by the United States Supreme Court in Brandenburg v. Ohio (1969), for defining the limits of freedom of speech. Brandenburg clarified what constituted a "clear and present danger", the standard established by Schenck v. United States (1919), and overruled Whitney v. California (1927), which had held that speech that merely advocated violence could be made illegal. Under the imminent lawless action test, speech is not protected by the First Amendment if the speaker intends to incite a violation of the law that is both imminent and likely. While the precise meaning of "imminent" may be ambiguous in some cases, the court provided later clarification in Hess v. Indiana (1973). In this case, the court found that Hess's words did not fall outside the limits of protected speech, in part, because his speech "amounted to nothing more than advocacy of illegal action at some indefinite future time,"[1] and therefore did not meet the imminence requirement.

Article I: of the Constitution:
:
Section. 6.
The Senators and Representatives shall receive a Compensation for their Services, to be ascertained by Law, and paid out of the Treasury of the United States. They shall in all Cases, except Treason, Felony and Breach of the Peace, be privileged from Arrest during their Attendance at the Session of their respective Houses, and in going to and returning from the same; and for any Speech or Debate in either House, they shall not be questioned in any other Place.

No Senator or Representative shall, during the Time for which he was elected, be appointed to any civil Office under the Authority of the United States, which shall have been created, or the Emoluments whereof shall have been encreased during such time; and no Person holding any Office under the United States, shall be a Member of either House during his Continuance in Office

(Designed to prevent Cromwell and Pride)

The Privilege of the Writ of Habeas Corpus shall not be suspended, unless when in Cases of Rebellion or Invasion the public Safety may require it.

No Bill of Attainder or ex post facto Law shall be passed.

Notes and replies to the Trump faction.

1.      The Declaration of Independence establishes the American States independence from Great Britain and without it we would be colonies of Great Britain. The Articles of Confederation and the Constitution did not supersede the Declaration of Independence but only established a central government to act, with specific delegated powers, on behalf of the States. Those powers specifically delegated were declare war, conclude peace, regulate foreign trade and commerce, which are also powers reserved to the individual sovereign independent States themselves.

The Constitution is a compact between the Sovereign Independent States which forms the central/federal government. Only a federal supremacist would believe and advance the ideology that the Declaration of Independence is superseded by either the Articles of Confederation or the Constitution! You present a false narrative!

2.  Our Constitution is a rule book, based on the experiences of the Founders and the ratifications of at least three quarters of the State legislatures in accordance with Article V of the Constitution. What "principles" that were addressed by the Constitutional Convention and in the Bill of Rights are listed in the Declaration of Independence from the list of grievances each starting with "he has" or "for" directed against the King of England. Each of these grievances were considered at the time as the "rights of Englishmen" which rights were understood in England.

3.      While the Constitution is the Supreme law of the land, it itself is subject to alteration or abolition by three quarters of the State legislatures. This goes to the jurisprudential reality that the sovereignty of the States each and collectively is the source of authority. This is so stated in the Tenth Amendment, just to make sure that point was made.

The Federal government can legislate only in those areas where they have specified, implied or derived authority stated in the Constitution. The States can do anything they want, unless it has been given to the Federal Government.

The "elastic clause" of Article 1, Section 8 has been used to stretch the definitions of what is Federal. "To make all Laws which shall be necessary and proper for carrying into Execution the foregoing Powers, and all other Powers vested by this Constitution in the Government of the United States, or in any Department or Officer thereof."

Posted by Gordon at 6:42 PM No comments: