Too Uptight to Fight to Win

Someone quipped on LinkedIn that there was no cogent plan in Afghanistan.  Cogent plans don't work anyway.  There are two and only two planning strategies that work: Done by the Book, or Completely Wing it.  Half is half too short or too long.   The key to understanding the penchant for incompetence in the military profession I got from a seriously important book:


In my experience in Vietnam metrics were God.


One could report the number on enemy KIA by the number of rounds fired into the presumed enemy positions.

Contact with the enemy had to be parsed into two sets of reports, G2 and G3,  The G2 could only report enemy initiated attacks,  All attacks or contacts as a result of friendly action were sent up G3 channels.  While in the DTOC, 1st Air Cavalry we two and three got the story straight before transmitting to IIFFV.

After Tet, we had a working operational schema although differences between flag rank units often precluded lateral contact.  The hide and seek games between G2 and G3 was discouraged by MG George I Forsyth, the Unflappable


Their cleanups create serious messes. At Pearl Harbor, the weapons were locked up (as they are now) in order to retain a proper count and inventory.   The airplanes were lined up neatly in the center of the fields to defend against Nisei sabotage.  The neatly lined up ships on battleship row had their hatches open to cool the  ships interior so that the expected inspecting officers would not get sweat stains on the white,


The Battle of Isandlwana in Natal on January 22, 1879 the British under LTG Lord Chelmsford was wiped out by the Zulus under Ntshingwayo Khoza.  The Quartermaster had ordered the boxes of ammo screwed shut to prevent pilfering.

Then came the Battle of Roark's Drift where real professionals defeated a world of deep shit.   The thing is knowing what is going on, what is on hand, what the troops can do, and  have things already rigged for unexpected action.

The symptoms of Dixon's Duds are here.  Like in artillery, the round doesn't detonate on contact.  The Dud aren't always duds, as they can be inspiring, brave, brilliant, innovative but freezes when the situation gets out of hand. Paulus at Stalingrad and McDowell at Antietam, are good examples.  These officers, obsessed with detail are critical as war is very messy, and without the compulsive neat freak, the ammo doesn't get there.

The US Army has been hamstrung by the Personnel Pukes once known as the Adjutant General (AG) who place the neatness of accountability and micro managed career rotation algorithms.   In Vietnam, AG would not put a replacement to a unit (rifle companies included) until the trooper had departed on DEROS.  This added at least three months to the replacement arriving.  I never saw a rifle company in the field with more than 110 troops. This particular problem was addressed by the concept of a personnel float that is assigned to fill a slot about to happen.


This AG Stuck Up reared it's head as a prime motive or ARPERCEN (rotational expeditionary modular brigades) spent two years doing what should have been done in concurrent training before addressing the unit,  These units were projected to arrive in a published (Army Times) schedule.  What the Taliban, Insurgents, and Al Qaeda were doing or about to do wasn't addressed until the unit was inbound.

Efforts to provide overlap between commanders and by constant and extraordinary update  of the tactical milieu reduced the FUBAR potential somewhat.  In Vietnam, every individual had a short timer's chat, but the units was staying in country.  This individual rotation created a penchant for being seriously killed or wounded for the FNG, Achilles and the Short (not knowing, over confidence, overly cautious).

On the other more important hand, the  advantage of the individual rotation rota was the steadily increasing combat effectiveness kept up to date by enemy action and at the end of the war came a corps of officers and noncoms that built the Army we have today.  The increase in sophistication survived several decades.


On the other hand, after  WW 2 the quality of the US Army virtually disappeared as the NKPA crossed the 38th.  It had only been less than five years since the same Army had defeated the Japanese and Germans, 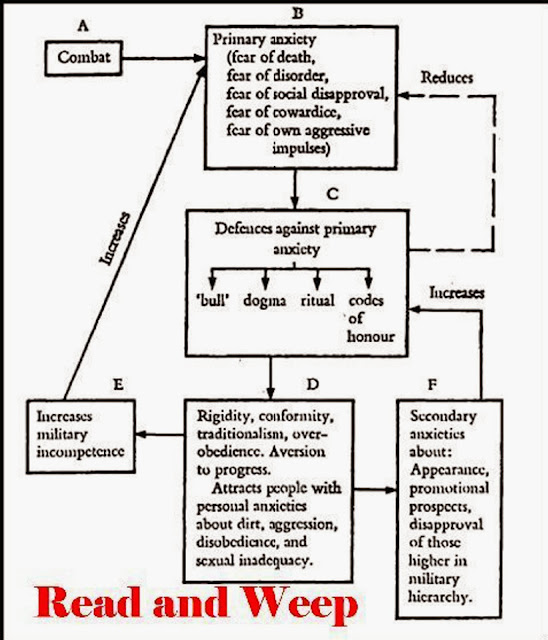