The ideological underpinnings of ISIS came from WW 2 resistance against Britain and France with the support of Nazi Germany and later Stalin of the Soviet Union.  The fusion of Arab nationalism plus bits and pieces of Arab Socialism aka National Socialism took shape in the Baath Party which held power in Iraq and had been influential in other Arab states.  Nasser and Sadat were both German agents in the period before El Alamein to time the Egyptian Army’s revolt from garrison against the British.

The Grand Mufti of Jerusalem, Amin Al Husseini was a Nazi who raised Bosnian and Arabs SS units.
http://www.tellthechildrenthetruth.com/videos.html

Fig 1
The pattern of total submission to ISIS version of Islam and the execution of all others is a purely Western notion, the worst examples being the Holocaust and Stalin’s purges.
The default manner of dealing with minorities ethnic groups by Islam from the time of the Rashidun Caliphs, through the Ottoman Sultans was flexible and accommodating of various groups’ values closest to family, village and tribe. 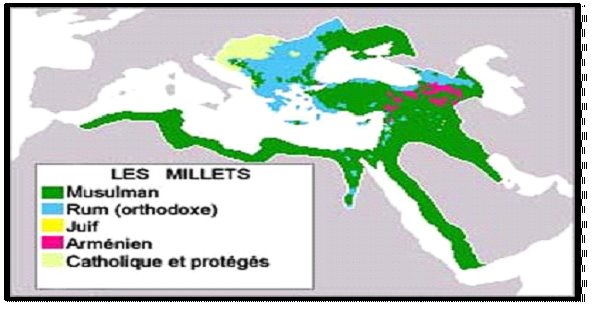 Fig 2
Proof of the matter is the fate of minorities in Iraq and Syria who have survived the entire period of Muslim rule, and some go back before the Israelites.  The Yazidun, for example go back before Zoroastrianism.   Now for the first time in all that time, they are being butchered like the Nazi Death Squads was loose.
Under the Ottomans, minorities were ruled in a flexible and conciliatory mode, known as the Millet System.

“In the heterogeneous Ottoman Empire (c. 1300–1923), a millet was an autonomous self-governing religious community, each organized under its own laws and headed by a religious leader, who was responsible to the central government for the fulfillment of millet responsibilities and duties, particularly those of paying taxes and maintaining internal security. In addition, each millet assumed responsibility for social and administrative functions not provided by the state, conducting affairs through a communal council (meclisimillî) without intervention from outside. From 1856 on, a series of imperial reform edicts introduced secular law codes for all citizens, and much of the millets’ administrative autonomy was lost.”
Encyclopedia Britannica
Fig 3
The early Muslim empires from the Rashidun Caliphs, Umayad, Abbasid, Seljuk, Fatimid and Ottomans offered the conquered a simple choice, of minding their own business plus tax, or converting with a tax break.  The loss of revenue from those converted then, as now, operated as an incentive to keep the peace.

Otherwise, Islam would have been forced back into the desert instead of fostering a higher degree of tolerance for minorities than the Europe until after the French Revolution allowed Jews to be treated as mensch.  Jews were driven out of Spain and found home in the Ottoman Empire.  Jews and other minority figures could rise to positions of wealth and power, by playing according to the rules.
While many can argue about script and dogma, the treatment of minorities was practical, pragmatic, and profitable. Consequently the arguments used by ISIS to massacre those who Islam has protect for over a thousand years, are insults to the Caliphates they purport to represent.

It should be remembered that Iraq revolted against the British with Nazi assistance (that didn’t amount to much).   Saddam Hussein’s surrogate father, his maternal uncle Kairallah, had fought in the 1941 uprising against Britain, and suffered thereafter because of it.  The Ba’th (Arab National Socialist) party was nationalist not religious, and subsequent use of religion since 9-11 is convenient propaganda for Saddam’s humiliated legions. 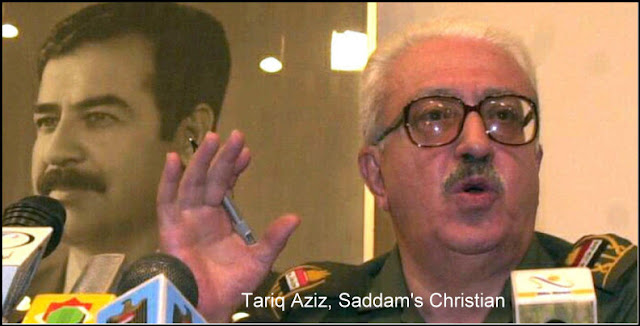 Fig 4
Saddam’s butchery to his own people are legend, and the tradition continues with ISIS.
Suffer the Children, 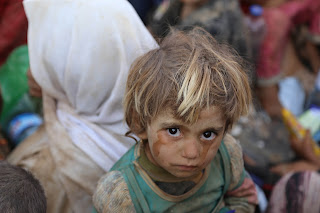 
Gordon S Fowkes, LTC USA RET
Posted by Gordon at 7:17 AM No comments: