It wasn’t all that many years ago that one could sail one’s ships of war into the other guy’s harbor, fire a volley or two anywhere near the port, land the marines and dictate terms to the local dictator. That used to work really well in those societies whose political power was concentrated in a few hands heads above the average, particularly in those whose arms were handy, 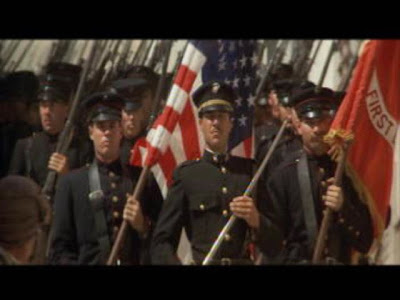 If, however the possession of arms is spread out, dug in or behinds one’s back, the position of tyrant can lose its footing and fall head first or headless into the dark. What the tyrant fears most is the body politic takes up arms, or fears not for loss, or willing to stand up. The position of tyrant, however, is a matter of perception. 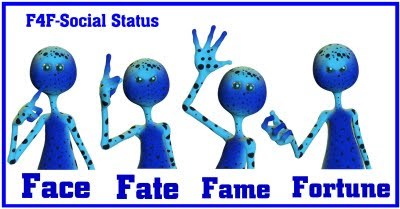 Since most people live on land, who controls what one must stand on to retain a footing in, or standing on the ground which supports the feeding and breeding of the significant population. Significant as in issues of social status: face, fate, fame, and fortune (F4F) and attending factors of the local concepts of time, distance, the ground, and the needs of the body as in eat, drink, and be merry. 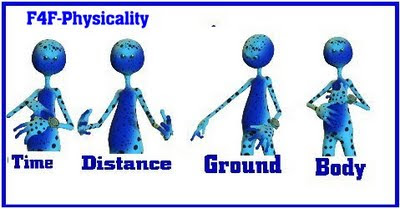 If the land upon which the people eat is dependent on somewhere else, the control of the life lines is paramount, Cutting these life lines places the body politic at risk, but only to the extent that those below the top nine percent will stomach a small mouthful. When the breaking point becomes the tipping point, heads on high will roll. What the breaking point and the tipping point is made up of is highly subjective, and historically it comes with the frustration of growing expectation more than the absolute 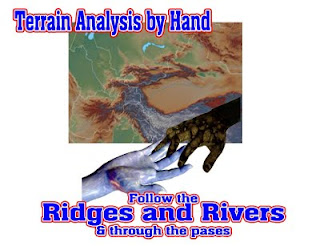 The embargo/sanctions approach, however, is more counter production than not. The principles of supply and demand operate to increase the power of the few over the many, by the necessity of make sure the body politic is fed. Sanctions strengthen the hand of the dictator by increasing the dependence of the many on the few. Conversely, the existence of sustenance within often defeats control from without.

If, for example, the resources to sustain multiplication of the many are dependent on life lines, the control of those life lines is the life line of the body politic, severance of which by an outside power can produce a change of faces, or a head or more. If the goods and services from outside ceases as other outside sources and markets change to a new heading, the effect produces the same paucity of sustenance as if cut on purpose.

This is as much the case for that which fills the stomach and that which hands on necks, ears, arms, wrists, hands, and fingers as in luxury goods. Many a great civilization has grown by trading trinkets for essentials, like the beads and trinkets that paid for Manhattan.
.

The trade in sugars and spices to flavor and preserve the digestible ranks with the trade in diamonds, rubies, amber, gold and silver became as important as grain to feed the Roman mob. The attraction of trinkets, tea, coffee and tobacco became matters of empire although the many had no access to luxury save as the local manual labor to handle, package, stack and rack the precious. Thus was the bitter wars waged by Western European empires over the Caribbean islands, the battle over which made the French fleet and French arms in our Revolutionary War. It was taxation on tea that triggered some protests in Boston. 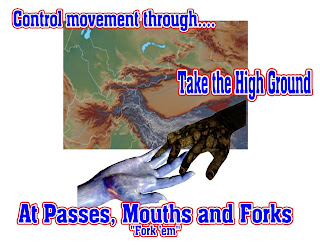 Changing the sea lines of trade between the Persian Gulf and the Red Sea with India and China collapsed the empires of the Indus River in the years BC (BCE). The incredible wealth of the Sugar Islands was side stepped with cheaper sugar, and refrigeration made spices no longer as pricey and exclusive. Likewise did the low price and availability of cotton from India and Egypt break the power of Confederate cotton over the mills of Europe, Silk worms smuggled out of China broke the high prices of silk. Difficult to woo and wed without the precious to feed and breed is.

The interdiction of life lines by force is to control the time, distance, and place in which the precious and/or the essential must pass. Blockage can be absolute as by physical presence or subject to blockage in time or distance. Such is the importance of the Brenner Pass, Iron Gates, the Straits of Gibraltar, Malacca, Tzushima, and the Chesapeake, or the deltas of Mississippi, Po, Rhine, Weser, or Yellow or Yangtse.

So long as the many will put up with shortages in essentials, interdiction becomes less effective in producing a change in or of the regime, Such was the case of the German submarine blockades of WW 1 and WW 2 that failed to defeat Britain although it was a closely run thing. The defeat of Japan and of Germany differed in one really big difference: Hitler went down with all hands, while Hirohito ruled in favor of his people at the risk of losing face. One decision maker took responsibility and the other blamed his own.

In order to determine national strategy, it profits to determine diehard from negotiator., who knows when to hold, and when to fold. While Hitler was a diehard, not all diehards are Hitler, Certainly George Washington was a diehard, as was Jefferson Davis. Robert E Lee, a diehard soldier knew when to fold. Mao’s China and the Russian Bolshevik knew when to hold, and when to fold, and still reserve the option to double cross. Thus there is no fast and firm formula to predict holding from folding without knowing the tell.

Controlling life lines or the economic base of a nation may produce a lasting victory or not. Rome defeated the Goths for years until they were stiffed by the Emperor, and down came the Western Roman Empire. The Eastern Empire at Byzantium managed to keep its head above water until the Bosporus was crossed and Ottoman cannon broke the walls in 1453. The resulting constriction of the western end of the Silk and spice trade (luxury goods) which made life in the castle mire miserable than before the Crusades, gave vent to demands to go around the Turk, and thus gave incentive to sail around Africa or take the short cut across the Atlantic to China. The Queen’s jewels were an investment, so it was thought, to trade up for more. 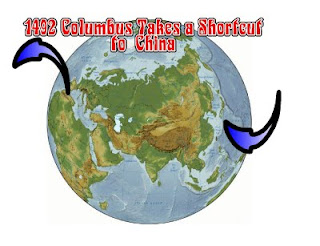 From that point forward until the Great War, control of the precious for the precious and by the precious, dominated policy, national and international. That others also benefited from the trade gave rise to reasons to vest in the vested. Cheap goods for the many also backed plays by the few, until it became noticeable that the few gave too little for so much. And so the dominoes fell, as did the headsman axe, on many of the few. 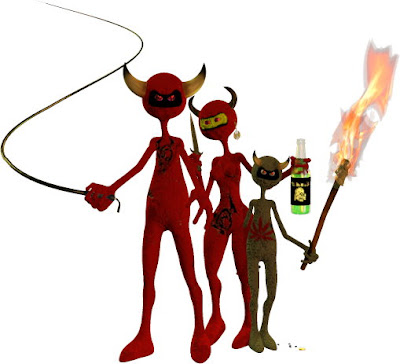 It is ownership of the means of violence, not that of production, that has shaped the long slow disengagement of the many from the few. In ancient civilization, populations exploded in rage and rampage sometimes erasing the civilization altogether. There is a telltale level of ash marking the burning of great cities, sometimes just once, and sometimes repeated marking a violent end.

No one really knows what civilization built the Mexican temples Teotihuacan. Many of the Mayan empires virtually disappeared before Columbus brought small pox to the New World and syphilis to the Old. What these great urban civilizations have in common is great engineered irrigation systems. As the control of water was necessarily centrally controlled, so was political power centrally controlled by the lash, blade, and math, the last kept classified, guarded, and mystified by priest and scribe.

The declassification of math was made possible by Shari’a compliant (Arab) numerals instead of the old Roman system. The advent of the abacus and sun dial had the effect on political power of greater impact than that of Steve Jobs or Bill Gates. Or that is also true of Gutenberg, Newton, or Einstein whose contributions were possible only through math.

It is not a accident that the Arab Spring is built on a digitally competent many, as were the English Civil Wars and the revolutions of the colonies, France, the revolts of 1848, Russia and China were built on print.

Land power is therefore a function of giving the many the advantages of the few through better math as well as superior firepower. The social significance of the machine gun, barbed wire, and indirect artillery as the firepower edge of Western (and Soviet) imperialism has been over shadowed by the firepower of the sub-machinegun, assault rifle, mortar and anti-tack rocket which empowers the small against the large, enabling the many to defeat the few 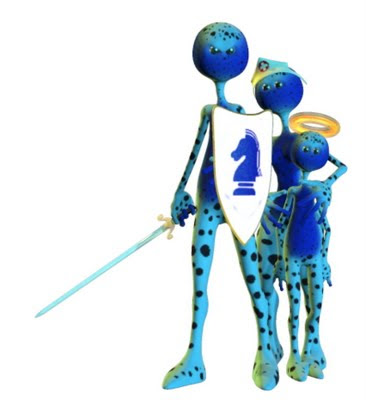 Thus the days of the big ship shell and marine has been pretty much dead since 1950 when massacre became decentralized and hidden. Thus the expeditionary model that the US Army rushed into place, half-baked, to displace the most successful expression of land power since the Spanish founded St Augustine. In that old model, was the makings of a properly done occupation by the friendly since enemies were invented.
Posted by Gordon at 11:34 AM 2 comments: