Few can criticize the shortfalls of a decade of blood, sweat and tears on the conduct of operations in Iraq, Afghanistan, and (CLASSIFIED) of the combat efficiency and effectiveness of the troops on the ground, or in the just over.  That which was accomplished was done in the face of serious efforts by REMFCOM (Pentagon) most particularly by the Mufti Cabal aka SES aka Senior Executive Service. 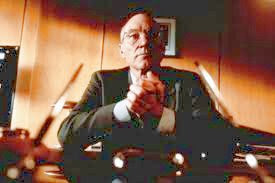 Those in uniform in the Pentagon are transients as are the appointed.  The efforts to emasculate the chain of command, from flags to boots follows a clearly identifiable trail over twenty years long.  No one other than the Permanent Party (SES) has the longevity to pursue a single minded effort to neuter our armed forces in order to control the troops through personnel mismanagement or control the procurement process without regard to the directions that develop in the field.

Criticism of the actions of any establishment from someone outside that establishment either entrenches justifications for that action or does a complete 180.  This happened Immediately after the Fall of Saigon, any doctrine, hardware, or type units having justified it's existence of Stability Operations were wiped clean.

Aviation and Special Forces were able to re enter the arena after showing relevance of Fulda and of certain Caribbean adventure.

In rebuilding the Army post Vietnam which also included the Mobilization matrix that Jimmy Carter kicked off. The Congress, exercising it's specified powers over military doctrine and organization made the requirement that reserve and Guard units must have a valid combat contingency plan.   The plan created wartime alignments between specific contingencies and the units designated to carry them out.  This was known as the Capstone Alignment of units and a Capstone mission which by law and regulation all units regardless of component had to adhere to.

Some units had more than one.  The 49th Lone Star Armor Division had a III Corps contingency mission with NORTHAG, the NATO command that covered the North German plain.  I commanded a MI Bn (CEWI type) aligned with the 49th.  All my training plans had to show a clear alignment with operations and plans of those in my Capstone mission.  The 49th also had a mission in the defense of Japan and flew to Japan to participate in the annual Yama Sakura exercise with the Japanese SDF.

The existence of the Capstone program had a downside, it cut the Flag Ranks in the administrative garrison establishment out of determining which way units were to jump.  Fifth US Army and the 90th ARCOM  then in San Antonio worked overtime to wreck the linkage between unit commander and the Capstone mission.

Desert Storm showed REMFCOM (Pentagon) that Weekend Warriors not only could fight, but often better than the Full Time amateurs, particularly in Artillery and Aviation. This was always the case since the airplane and the cannon were invented. This competence in combat posed a Clear and Present Danger to REMFCOM control of the definition of war and of promotion timing and opportunity of AC Field Grades.

In between the Iraq Wars, a group of hacks masquerading as a doctrine research element created a fake doctrine called "Transformation" which restored the Pentomic Battle Group (disbanded under JFK) but with the addition of field grade command positions that the Battle Group took away.  The "Modular" Brigades were identical with no regard to METT-Tc.  The field grades missing from the Battle Group were restored with mini-battalions, but most importantly, the two O-6 Colonel command slots that were dropped from the Pentomic division when the three brigade organization of the ROAD division was adopted. 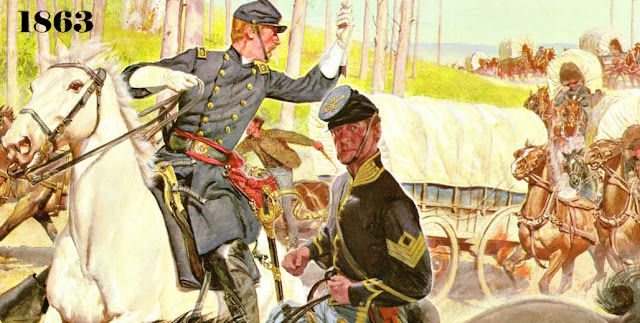 The move to Kuwait and the invasion of Iraq was done with the ROAD MTOE, but as soon as possible  Transformation was instigated but with no notion or concept by REMFCOM (Pentagon) of logistics and fires.  The organization of fires in Continental, Union, Confederate, and Armies of the United States was top of the World Class ranking.  American logistics were the best since the Romans,  Both had to go.

Artillery is never sub optimized, fire support is centrally coordinated with the priority of fires and ammunition supply rate.  Transformation diluted firepower due to the dominance of National Guard artillery. :Likewise  logistics which formerly consisted of a task organized Combat Service Support (CSS) and Service Support predominantly from the Army Reserve were dismembered, and privatized.

In order to camouflage the destruction of the effectiveness of the Field Army, REMFCOM deception and psychological operation directed against the US Congress, American People, the Congress, and the Total Force, "Capstone" was reset as a buzzword, back by a fabrication called "operational reserve" to replace a non-existent program called "strategic reserve"
.
.
Posted by Gordon at 9:28 AM No comments: