The Shaft to Come 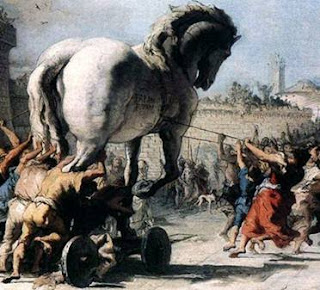 The future of the war in the Muddle East has been decided. We are not only pulling out, we are downsizing the Army by at least a third. The decision has been made, and implementation has commenced, as announced by the Pentagon to cut officer accessions by half through ROTC and OCS. The Pentagon does not want to be caught with it’s pants down by having more junior officers than the attenuated post conflict military establishment can handle. 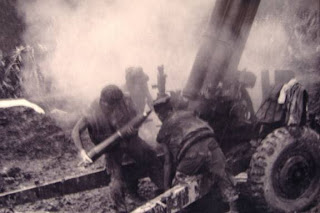 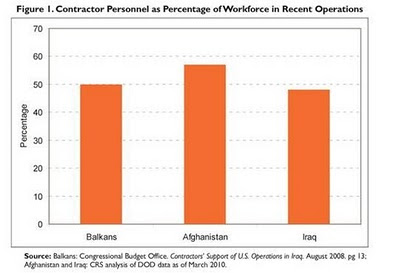 The downsizing of the Artillery also reduced the logistic foot print of an Army in the field with corresponding cuts in expenditures for ammunition that now can be spent on comfort contractors and hamburgers. The cost (MPA, O&MA, and PEMA
Secondary) of a Vietnam combat division was about one billion dollars (Nixon-Ford) plus or minus half a billion depending on how much ordnance was expended. I was the XO of the US Army Field Operating Cost Agency, Comptroller of the Army during their study of this.

Planning factors for the kinds of war we fought in both world wars, Korea, and Vietnam called for an average expenditure of ten tons of ammo per artillery piece per day. That works out to one ten ton truck trailer combo on the road per day per gun. The entire field logistics structure was built around the effort to move artillery ammo.

Well, say the petulant pundit, our guns are more accurate than those old messy guns and we don’t have to shoot so many shells anymore. And, since artillery is so inaccurate, they can’t be used in counter insurgency. Huh? If we don’t need so many shells per target, why not increase the targets per guns? Of more often?

Napoleon once said that a soldier marches on it’s stomach. Someone else said that amateurs talk about tactics, professionals talk logistics. Today’s stomach is run by contractors eighty percent of whom are local nationals according to a CRS recent report, most of which support is base operations.

The Soviet Combined Arms Army was 100% truck or track mobile. The counterpart US Corps were about thirty percent wheel/track mobile. Now we don’t have corps support commands where soldiers control their own logistics. Now we don’t teach logistics to soldiers, we teach contract management. 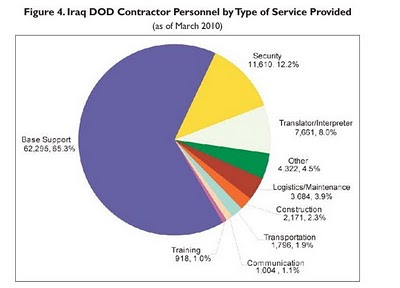 What would the contract Army have looked like in the withdrawal from Chosin, or the breakout from Normandy, or the Normandy across the beach logistics. What would the battles of the South Pacific looked like with Brute and Scoot in charge.

The shape of things to come in the Post Terror War military establishment is before us. The shredding of the Division, Corps and Field Army structures to be replaced by the Senior Executive Service (SES – the old GS 15+) raises the question as to whether we need flag rank officers at all.

Why spend billions grooming field grade officers though schooling and assignment manipulation if they have no real role in war fighting? Or maybe we ought to take a serious look at letting tenured weasels manipulate war for job security.

Unit of Action, the BS BCT

I have just read a tepid and distortive allegation of the wonderfulness of the Brigade Combat Team aka “Unit of Action (UA)” in the latest edition (July-August, 2010) and it confirms many of the misgivings I have had concerning this aberration. Read here no further, as I have attached the article or you can get it at:

This article spends a lot of space trying to refute the allegations of the Field Artillery in their quest to put Humpty Dumpty back on the battlements. The article dismisses the loss of FA command positions with the assertion that there isn’t enough brass around to supply the cannons, and that the BCT can handle what little fire support needs they have. The needs of combat arms career development in promotion timing and opportunity is exposed perhaps unwittingly … or not.

The article misrepresents that task organization of the combat divisions since the triangular division was adopted on the eve of WW2. It’s predecessor was a “square” division of two brigades of two regiments each. The article uses slight of word in saying that the brigade is the constant. The Square Divisional Brigade had six maneuver battalions plus support instead of the two or three that the BDT has. It’s the new math, I guess.

The article goes on the misrepresent the prevailing doctrine and practice of Army divisions in combat, the field, or in the school solutions of the day:

On a mission-by-mission basis, the division headquarters would briefly attach small, specialized units such as military police, air defense, and military intelligence to subordinate brigades. This transient organizational arrangement reduced the unity of command and complicated operational synchronizatio

In fact, the Division commander (as per doctrine in the entire Army school system from Benning to Carlisle and back, would task organize the division’s assets however he wanted it to meet conditions of METT. This was not limited to “small units” but normally to two to five maneuver battalions of any type of combat units (infantry, mech infantry, armor, armored cavalry, engineers plus the number and type of companies and detachments for combat service support plus the allocation of artillery in Direct Support, General Support Reinforcing and General Support (all terms now forbidden). A division usually had three DS battalions, one General Support battalion of mixed calibers, and a rocket, missile or really big gun battalion.

Artillery is never put in reserve, and when a brigade, regimental combat team (RCT WW2 – Korea), Combat Command (WW2-Korea-JFK armor division) or divisional ROAD brigade was put in a reserve position as was the rule in Armor to retain a big chunk for counter attack, the DS FA battalions were placed is a reinforcing role either under division control or more likely seconded to a DS artillery battalion.

The task organization of the Army division since before there were Army divisions is to assign what ever is available to whomever needs it. I served in the JFK-LBJ era in the 3rd Armored Division (Spearhead) at the Fulda Gap area and witnessed companies, even platoons being switched between battalions and other companies on the fly. As a mech aka Armored Rifle platoon leader, I could expect to change the company I supported at least once a day, sometimes more often as the war game shifted.

My experiences in the 1st Infantry Division in an intelligence capacity with the 2/2 Mech on QL 13 (Thunder Road), the same applied to the battalion task force. I have seen the battalion task force go from two companies of different battalions in the morning to five or another mix by sunset, and back again even at night. This was done effortlessly and was a standard I observed for that level of command even as I returned to the 1st Air Cavalry in I Corps and later in III Corps Tactical Zone (CTZ).

I was a G2 Operations officer in the DTOC of the 1st Air Cavalry Division in which I posted the battle maps, coordinated with the G3, Fire Support, Air Support,, and briefed the Commanding General (MG George I Forsyth) and staff each morning in a duet with the G3 briefer. The G3 briefer and I would coordinate the sequence of events to brief which either began with an enemy event resulting in a combat response (my brief) or the other way around (G3).

During the seven months I served in the DTOC added to the four in the field, the task organization of the division changed in a matter of a few hours. The division had twenty seven organic rife companies which on the map looked like some very serious fleas, hopping from LZ to LZ. Not only did we have 1st Air Cav units, but units from the 25th Infantry Division, 101st Airborne, 1st Infantry, the 14th ACR, plus ARVN and Vietnamese Marines deployed widely to meet divisional needs.

The trick was using the 1/9th Cavalry (three troops of air cavalry and a troop of wheeled cavalry) screening across the division front and in areas between firebases, The 1/9th used “Pink Teams”, an OH6 paired with an AH-1 Cobra. The OH6 zipped around at grass top level, in between trees and around them looking for trail sign of the VC, or hope that the VC fired. One fired upon the OH6 went up, the Cobra pounced.

As the battle developed the Cavalry Troop Commander would send in more aircraft, call in air strikes, or “insert the Blues”, the organic infantry platoon. If this didn’t resolve the issue, the battle was passed up and more assets just “piled on”.

During my tour in Vietnam I saw divisional brigades detached for extended service elsewhere in the country either working for the division or for higher headquarters. The 101st Airborne had a brigade in the III CTZ which we replaced and they returned to 101st control. The 1st Cav routinely detached brigades to cover the Parrots Beak area in III CTZ to work with the 9th Infantry Division and/or the US Navy on the branches of the Saigon River delta in “NavCav” operations.

In the twenty years of service in the Army and Army Reserve after Vietnam, the doctrine of task organizing on the fly was default. In fact, during another one of the computer simulation driven doctrines, the division commander started with a clean slate and allocated battalions to brigades depending on the number and width of avenues of approach in the division’s battle space. The problem with this simulation driven approach had was assuming that the infantry fought in the green, and the tanks in the white. Having served in Germany including Grafenwohr, Hehenfels, and Widlflecken and in large scale winter exercises from Kassel to Nurnberg, I found the woods in Germany were actually farms and that access roads big enough for the M113 and often the M60 tanks traversed the extent of the woods.

The author of this article acknowledges that the design of the UA or BCT was done in computer simulations. The problem with egg head simulation is the lack of fog and happenstance of field or combat operations. And I have a lot of experience in conducting command post exercises from rifle platoon to headquarters of every level of command up to an including Corps, Army, Theater and national level assets (Congress, DA headquarters, and NSA>

There is no solid evidence to prove that the UA/BCT is the basic building block of anything other then personnel. It is a fake, it is a fraud. One cannot become more flexible if one cuts up the whole into bigger parts than before. One cannot meet the changes of METT-TC with the smallest unit is brigade.

And, no one does. Nor have they ever. No one in command or in authority in combat is that stupid. Wars are fought with ad hoc formations, rarely organic clusters, There has always been cross attachments based on METT, even back in the Roman Legions.
Posted by Gordon at 3:03 PM 9 comments: